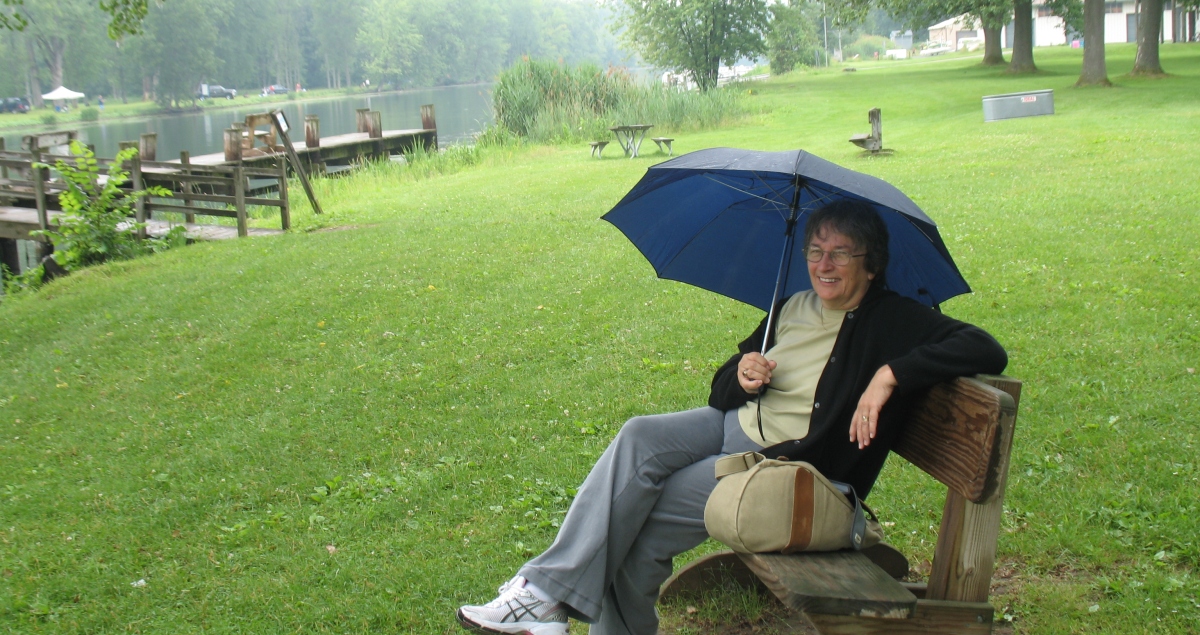 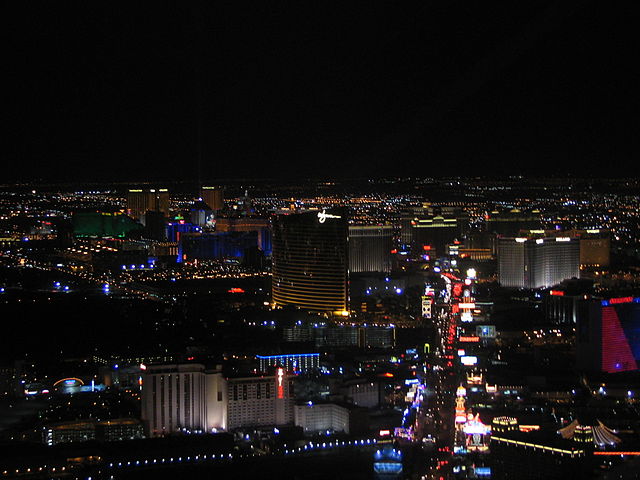 Flying into Las Vegas at night, from the air, the city looks like diamonds on velvet. In the morning’s harsh glare, all the billboards and lights are garish. But, when darkness falls, it’s just breathtaking.

It’s a scene I never tire of which is good because we’re here every year. We’re not the typical tourists – those who can’t resist the lure of the noisy one-armed bandits. The siren call beckoning you to stay put just a little longer at the slot machine or roulette wheel or card table. That next pull or game may yield the jackpot. When we cruise the casinos, it’s just to kill time until our next visit with my Dad, Joseph H. Fiet III.

Our hotel is near the edge of the Strip and is not far from Dad’s home. The next day, when I knock on the door, the only response is Lola’s furious barking. She’s very effective in discouraging unwelcome intruders. If it were any other dog, I might remain outside cowering in Vegas’ blazing midday scorching heat.

Slowly, I open the door.

“Dad?” No answer. Lola, his boxer-shepherd mix, wags her tail, jumps up and tries to lick our faces.

At what point did the transition happen? The one where the child and parent trade places? Now it’s my brother, Hank, and I who worry about Dad’s health and what he’s doing while we’re not there. Hank lives with Dad. I see him once a year when Dave and I visit from Florida.

As I head toward the narrow hallway, I recall walking down a different corridor in my younger years. The haunting guitar music of “Ghosts of Love,” a favorite of his, echoes in my mind.

Like a pebble tossed in a stream, ripples disturb the calm and create many expanding, reflecting pools. In them, I see the man of my youth. My Dad was like my childhood heroes – the Lone Ranger and Superman. Just like the Lone Ranger, Dad was a man of few words. I could see him riding into town with his faithful sidekick, Tonto, to right wrongs and restore justice. OK, maybe he couldn’t leap tall buildings in a single bound like Superman, but he did make the first TV set we’d ever owned. That made him pretty super in my eyes.

“Dad,” I say again, trying to keep the worry from my voice.

No reply. Dave and I walk down the narrow hallway. There, in the back TV room, Dad is asleep.

In just a year, he’s changed so much. A few months earlier, he’d fallen and hit his head against the bathtub, and he’s been in and out of the hospital several times. Dad’s slumped over in his wheelchair.

When I close my eyes, the man I still see is the one who was ramrod tall and thin. I recall Mom once telling me of a little girl who stared in awe at Dad and asked, “Are you a real cowboy?” The Philadelphia native just nodded, bringing a big smile to her face.

Now, he leans on my brother as he tries to gain back his strength to just walk to the corner and back. In the house, his walker is his constant companion.

Gone are the early-morning rides to the desert that he’d take in his Ram Charger with Lola. Lola, who he’d rescued from the animal shelter three years earlier, enjoyed those road trips with Dad and the freedom of being outdoors. Now that Dad’s movements are restricted, both are confined to the house until Hank provides a temporary escape.

Footprints in the sand – here and then gone with the wind. But the stories and the fragments of memories about Dad and Mom stay with me.

View of Las Vegas Strip from atop Stratosphere, taken 2005