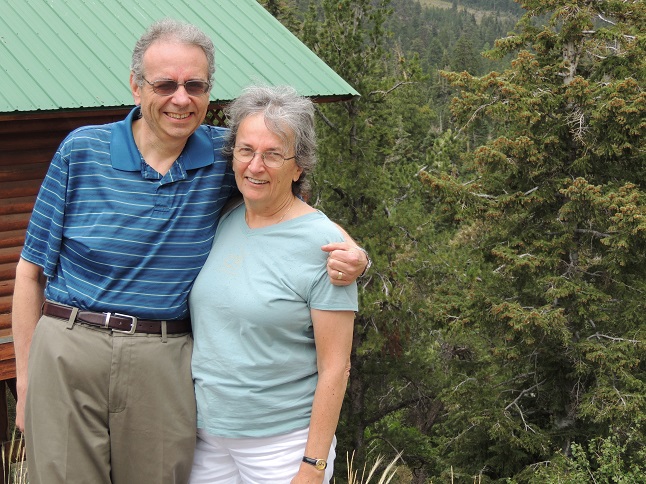 We’re yin and yang. After 29 years of marriage, we still see life thru a different lens –  and often laugh like crazy about our outlooks.

What makes a happy marriage? Here are a few observations I’ve made along the way.

!) The real difference between men and women? It’s not the momentous things that distinguish the sexes.

Once, I bought a car deodorizer – a strawberry-scented teddy bear with a flower to hang from the rear-view mirror. Dave stepped into the car and was immediately overpowered by the sweet smell.

“Couldn’t you have found something with a manly scent?” he asked.

I told him I tried, but the store no longer stocked tiny, smelly sneakers or carried something that smelled like a locker room after a double-header. (He just laughed.)

2) Even though he should know better, he still trusts me.

Like the time we were in Paris – years ago – and we’re heading down a flight to the subway. A message comes over the public-address system (in French, of course), and I was able to understand only a few words.

Something about “changer de train” (changing trains) and “je regret” (I’m sorry). I continued confidently down to the subway and Dave followed – even though commuters were racing up the stairs in the opposite direction like rats fleeing the Titanic.

The train took us and two other stubborn commuters only as far as the next stop. There, we were met by some police officers who urged us to get off and move on.

3) He still indulges me and really listens even when it’s “crazy talk.”

One time, after some rich food and a little wine, I told Dave about a weird dream I had. A mobster (you know, the one from “The Firm”) was confiding in me. I was recording him, and he knew it. Plus, I was typing notes from our conversation.

Well, those notes – typos and all – got in the newspaper where I worked. The mobster wasn’t happy AND I was trying to wriggle out of this disaster.

By this time, Dave was hysterical, He thought I’d said “lobster.” I have to admit Dave’s take was much funnier.

After a vacation in Alaska, we had a “little” accident. I flipped our rental car, a 4 x 4 Ford Explorer, on its roof. The car was totaled. We, fortunately, were just a little bruised.

When Dave returned to work, they were calling him “bat boy” because … for a brief time, we were hanging upside down. We were held in place by seat belts. 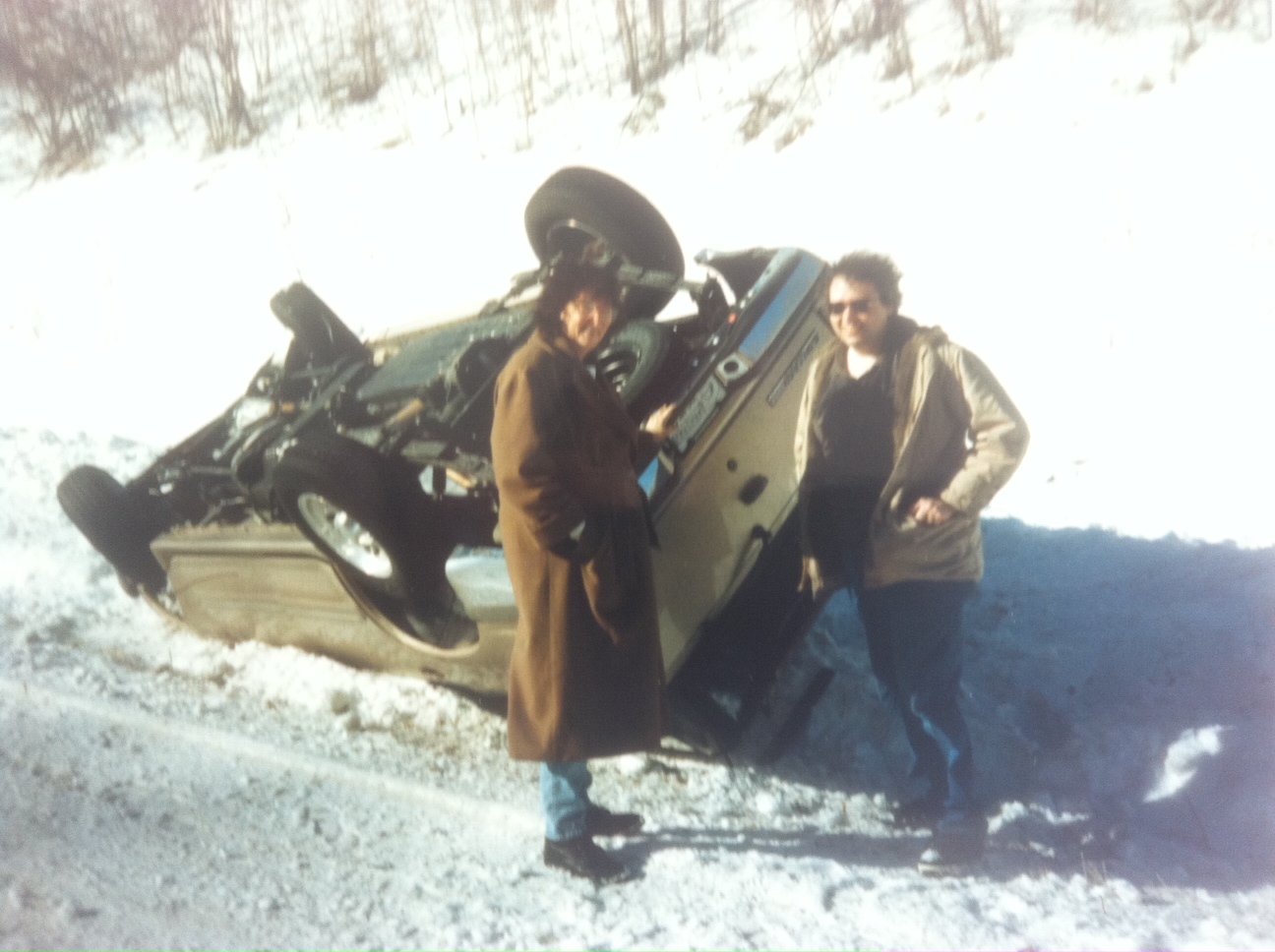 Happy Anniversary, honey. Thanks for the memories.

Music video: All You Need Is Love, by The Beatles

Photo – Alaska – another roadside attraction – featuring Dave, me and our rental car, a Ford Explorer