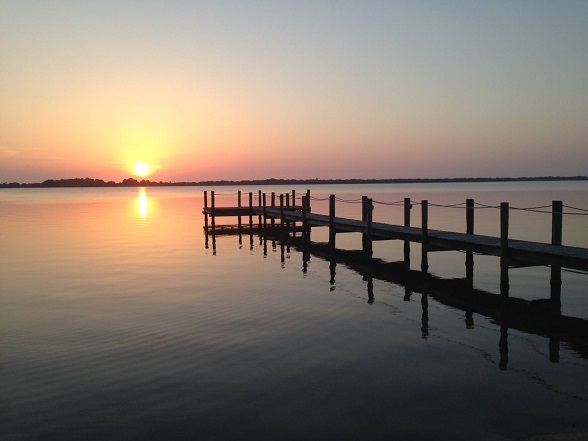 How could I not see that coming? That’s often my reaction when I am shocked by how a movie ended. What did I miss?

I have that same reaction to a joke’s punch line that surprises me or to a story that finally reveals a hidden truth.

Most teachers will tell you that they went into teaching because they want to inspire their students. This week, a student turned the tables on me.

Narrator LaShana Mae tells about her friend, Tucker Willis, who was teased unmercifully about being so short. She recounted his friendship with a man named Richard who said he worked with the U.S. Lifesaving Service.

As captain in the lifesaving service, Richard said he and his men “went into the ocean in the middle of hurricanes and no’easters’ to save passengers and crew members whose ships were sinking.”

Tucker was inspired, but lamented that he couldn’t do the job because of his size.

Richard told Tucker “it wasn’t the size of a person that got the job done. It was how bad the person wanted to do it.” He pointed out that tugboats pull in ships many times their size.

A few days later, Tucker was out surfing near the Atlantic Beach pier. As he rode a wave in, Richard was cheering him on and hollered: “Do it, Tugboat! Pull that ole wave in!”

Tucker remembered Richard’s story about tugboats, and waved back before he swam out to catch another wave.

Then he noticed a storm brewing, and that meant he better get out of the water. A huge wave crashed down on him. Tucker took the wipeout in stride and just got back on his board.

But a man who fell off his raft was thrashing about and “screaming that he couldn’t swim.”

Tucker, 12, swam over to help the man even though he was concerned for his own safety. In a panic, the man lunged at Tucker’s surfboard and they both were struggling.

That’s when Tucker saw Richard and Richard helped both Tucker and the man get safely to shore.

**SPOILER ALERT** (If you plan on reading this story, stop now because I’ll be giving away a key plot detail.)

News reporters crowded around, wanting to hear Tucker’s story. Tucker credited his friend, Richard, for the save. But when Tucker turned around, Richard was no where to be found.

Later, Tucker discovered who Richard was.

In the pier gift shop, Tucker bought a book about the coast guard. That’s when he saw an old photo of Richard and learned that Captain Richard Etheridge died about 70 years earlier in 1900.

Richard was a ghost.

One student, Brandon, amazed me with his insights into the story. He had unraveled the mystery before the author revealed this.

When Brandon told me the clues he’d spotted in the story, I was stunned. I’d missed some of the foreshadowing and the author’s hints.

This put me so much in mind of watching the movie, “Sixth Sense,” with my husband, Dave. Dave had figured out the ending long before it was revealed.

Me? I was clueless until nearly the end of the movie.

We went to see the movie again that same weekend. I wanted to see “Sixth Sense” thru “new eyes” to learn what clues I’d missed.

I did the same with this short story after Brandon shared what tipped him off. On my re-reading, I discovered subtle clues the author dropped throughout her story.

Diana Bedford Pittenger, a friend and teacher, said: “That is so much fun! I love when students can teach us.”

What plot twists in a movie or book took you by surprise?