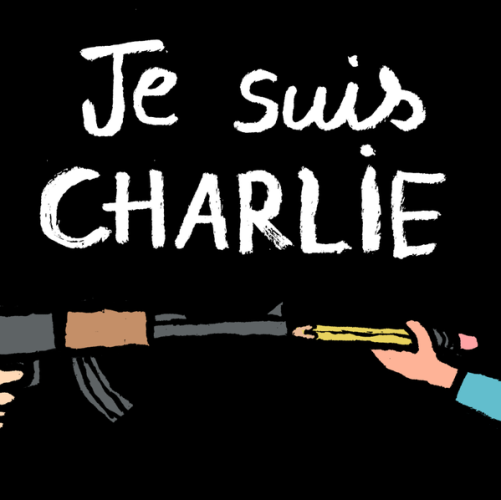 Make no mistake. The aim in the massacre in Paris was to silence those who did not share their beliefs.

Why? The extremists wanted to retaliate against the paper for publishing cartoons that depicted the prophet Mohammed, which they said is forbidden under Islamic law.

The rallying cry “Je Suis Charlie” (I am Charlie) is the voice of people in Paris and throughout the world who are taking a stand against Islamic terrorism. It is similar to what France’s newspaper, Le Monde, wrote after the 9/11 attack on the U.S.: “We Are All Americans Now.”

Some argue that the paper should not have continued to publish cartoons that inflamed Islamic radicals.

Where do you draw the line on what’s acceptable? 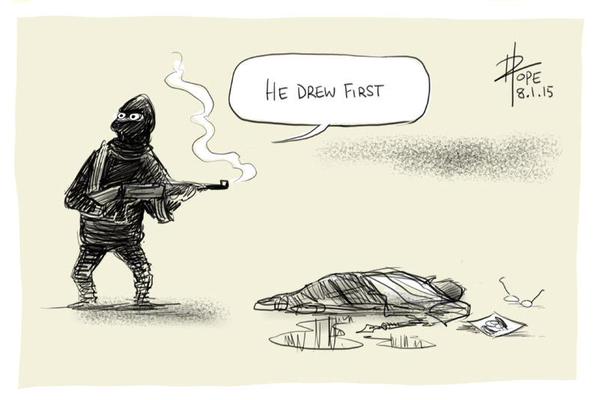 If we do, we censor our thoughts, voice and actions because someone might take offense at what we say or do.

Voltaire, a satirist, “frequently made use of his works to criticize intolerance, religious dogma, and the French institutions of his day.” (Wikipedia)

But, in a quote attributed to Voltaire: “I do not agree with what you say but I will defend to the death your right to say it … “

That idea is obsolete for extremists. They become outraged and threaten retaliation and deadly force if any one disagrees with them. 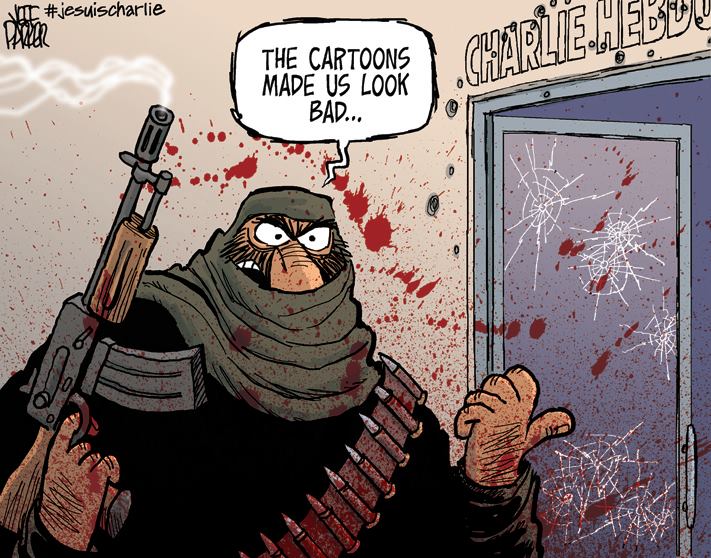 It’s played out every day, including on social media, by those who cannot express clearly what their opposition is without violence – either verbal, in writing or with assault.

There are times when I feared for my safety when I worked as a reporter because someone was upset with something I wrote.

Once, a man came to the newspaper where I worked and demanded to see me. He accused me of working with police to implicate him in the death of a former girlfriend.

It appeared the man had been drinking. As he stormed out, he nearly knocked a woman down. It was then that my colleague, Bill Farrell, saw that the man had a sharp, shiny object in his back pocket. (story: here)

The assault on those who speak their minds is not limited to those who work in the media.

If we do not take a stand against terrorism, we will also become hostages and targets of extremists.

Rarely do folks with opposing views thoughtfully listen to and consider what another has to say, agree to disagree, and walk away peacefully.

I long for those days.

What are your thoughts? Please keep comments rated PG.

NewsVideo: Considering this week’s events in France, Scott Pelley closed the broadcast on Friday, Jan. 9,, with a powerful message on a cherished freedom. http://www.cbsnews.com/news/scott-pelley-on-paris-attack-silence-is-the-end-of-freedom/

Cartoon: Je Suis Charlie – by Jeff Parker, a syndicated cartoonist based in Florida.

Judy Berman and earthrider, 2011-16. Unauthorized use and/or duplication of this material without express and written permission from this blog's author and/or owner is strictly prohibited. Excerpts and links may be used, provided that full and clear credit is given to (Judy Berman) and (earthrider, earth-rider.com, or earthriderdotcom) with appropriate and specific direction to the original content.
Loading Comments...
Comment
×
%d bloggers like this: