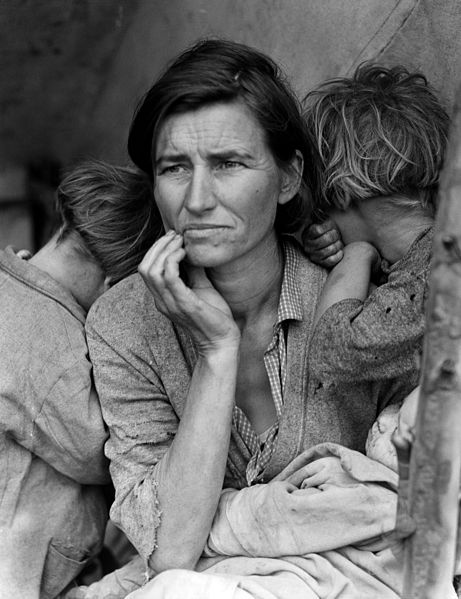 My role model is a paroled prisoner, an unrepentant killer.

After four years in prison on a manslaughter charge, his concerns were only for “today.”

Time and life’s experiences shifted Tom Joad’s focus from selfish self-interest to helping others in John Steinbeck’s “The Grapes of Wrath.”

He is one of the reasons I root for the underdog – personally and when I was a reporter.

The politics and social injustice that existed when the book was written have changed. But the book still resonates 75 years after its publication on April 14, 1939.

Like many families in the 1930s, during the Great Depression, the Joads are forced to leave Oklahoma. A drought turns their land into a “Dust Bowl” and renders it useless to grow crops and to make a living.

Landowners and banks evicted tenant farmers. Some homes are torn down by tractors, leaving residents with nowhere to go.

They’re told that there are jobs in California. Before they can get to the Promised Land, they are taken advantage of by crooked car salesmen and dishonest pawnbrokers when they try to sell their belongings to pay for transportation and for their trip. 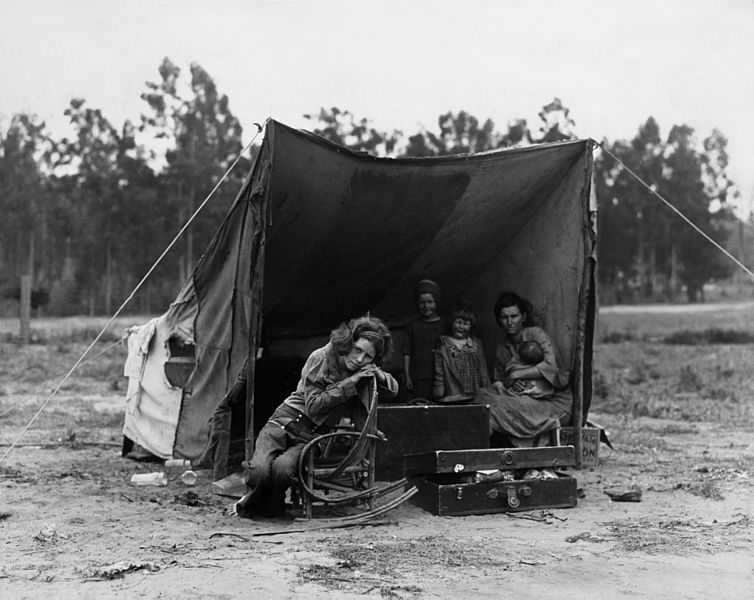 Defeated, they pack what possessions they can and drive down Route 66 in rickety cars and trucks to California where they – and thousands of others – head to migrant camps in search of work.

Life on the road is hard and fraught with danger. The Joads and others are treated with hostility because so many Okies are flooding into California and there’s not enough work for them. Some are starving.

Ma Joad, the family’s strength, believes that helping others will be rewarded. While there is greed, she has also witnessed kindness from strangers. She repays that by feeding some of the starving migrant children at the camp.

Early on, Tom Joad and Jim Casy, a family friend and ex-preacher, begin to wonder why the tenant farmers aren’t organizing a union to fight the injustices of poverty wages and harsh treatment at migrant camps.

They’re told that if they do organize a protest that they will be black-listed from the camps. That means they’ll never find work.

When the Joads settle in at the Weedpatch camp, a government-sponsored place, it appears their luck has changed for the better. But trouble still follows them.

A Farmers’ Association plans to sabotage the camp. They fear that the Okies are a threat to their way of life.

Work is again hard to find. The migrant workers are paid far less than promised and it’s not enough to feed their families. Casy urges them to strike.

Their protest is met with violence and motivates Tom to work for the community’s good. He’s on the run.

Ma Joad fears she won’t see him again. Before they part, Tom comforts her and vows to continue to fight injustice wherever he finds it. 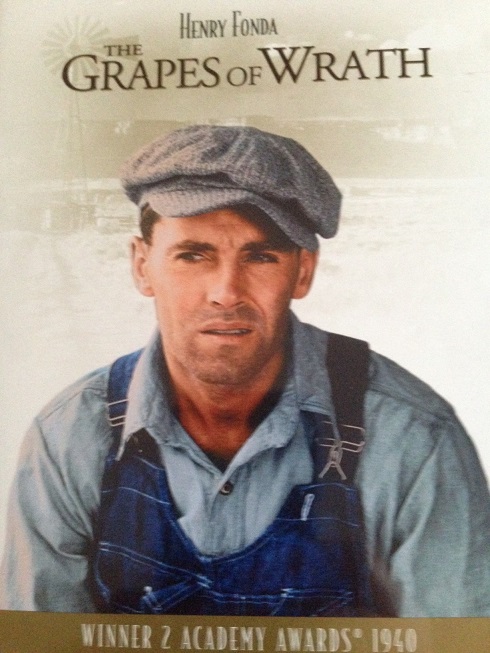 My colleagues at the Observer Dispatch in Utica, New York, paraphrased that quote to reflect on my career at the paper.

Judy Berman and earthrider, 2011-16. Unauthorized use and/or duplication of this material without express and written permission from this blog's author and/or owner is strictly prohibited. Excerpts and links may be used, provided that full and clear credit is given to (Judy Berman) and (earthrider, earth-rider.com, or earthriderdotcom) with appropriate and specific direction to the original content.
Loading Comments...
Comment
×
<span>%d</span> bloggers like this: